Your friend’s question:  Is “abandoning” or “left alone” a common practice to punish children in Japan? 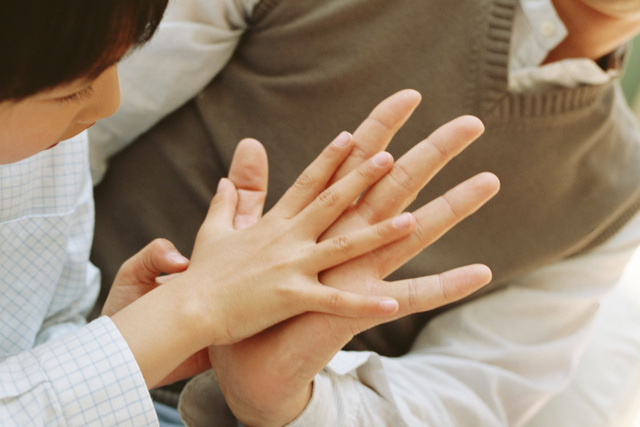 I think it is an easy question to answer, but is difficult to generalize, because each parent has his/her own view for disciplining and every child is different in his/her personality and behavior.

For my experience, I have never abandoned my kids and still believe it is not an effective way to educate them.  If some parents want to do it, I recommend them that they should do it under close watch of the kids without being notified by them.

In any case, you cannot control children for a long period.

I don’t think it’s a common practice, but we sometimes hear parents kick children out of the house when their children misbehave.  “Abandoning” is a harsh punishment for children, so such punishment may be effective.

However, if it is conducted in a forest, it can be dangerous as happened in the recent incident in Hokkaido where a boy was left alone and disappeared for several days.  In general, we sometimes punish children, but most parents consider their children’s safety as the first priority and do not leave children alone when they are not at home.

（１）To discipline children is an important task of parents.  Abandoning might be useful on the condition that safety of children is secured, and children can understand its meaning.

There was one incident in Hokkaido.  A father left his child alone in a forest as part of his discipline.  The child went missing though fortunately he was later found alive.  In this case, the child’s safety is not secured.  He might have died.  I believe the father should not have done that.  But I can understand parents are often worried what to do with children in terms of disciplining.

（２）I think how we discipline our kids is pretty much the same as other countries.

Most parents would first talk to their kids about what was wrong with their behaviors, telling them “no more next time.”  If the talks fail, parents would become more severe and give them punishments.

Punishments vary from taking away their books, games, or free time to physical punishment such as spanking or knocking their heads.

（１）If I’m asked, I would say, “Yes, abandoning is a common practice in Japan.”

When I was a child, my parents sometimes did a similar thing.   Years later, I became a mother.  As I had been disciplined, I tried to get my children to go out of the house when they did something wrong.  That worked for my older son.  He soon began to cry and apologize and said that he would be a good boy.  However, it didn’t work for my younger son.  I unwillingly left him alone in front of the house.  He was silent.  I was worried and felt relieved when I found him just where I had left him.

（２）I would like to write about my regret of disciplining my two sons.  I could not control my anger when they made mess in the room with their toys, so I shouted them and ordered them to stand outside the front door at night.  If they had been like the missing boy in Hokkaido, something bad might have happened.  I think disciplining children is difficult for young parents.

（１）I think we don’t need punishment to raise children.

（２）His father came back to the place where he left his son only a few minutes later.